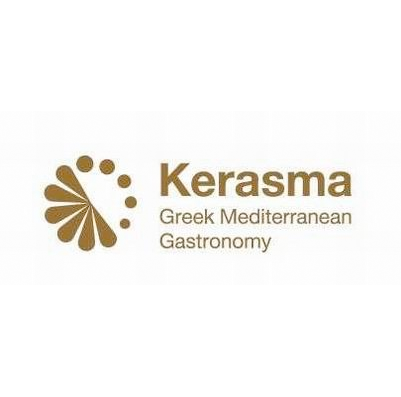 With undiminished intensity proceed the activities  of  the  Exporters’ Association  of  Crete for all the  exporting  enterprises  of  our  island.

The  2nd World Conference  of Greek  Gastronomy  and  the  Partenariat  of  Food, Wine and  Spirits Industry, a significant event which was  held  in  Heraklion, Crete  and  on  Santorini  on  the  8th -10th  of June  2007,  organized  by  the Hellenic Foreign Trade Board (HEPO) and supported by the Ministry of  Economy and Finance and  the Ministry of Agricultural  Development  and  Foods  came to a close with great  success and with great benefit  for  the growth of  exports  of  the Greek businesses and especially of the Cretan exporting enterprises that participated.

This  is  the  biggest  organizing  event  that  has  ever  been  held  in  Greece  when  it  comes  to  the sector of  Food  and  Beverage. Present were  about 230 and more guests from abroad, representatives of distribution networks, chain-stores buyers, journalists, public opinion  formers  etc. from  the  U.S.A., Canada, Australia, Korea, Japan, Russia etc. and  also approximately  120  Greek  enterprises  which  had  the opportunity to  promote Greek  products  and Greek  gastronomy.

Within the framework of  the three-day Conference of Gastronomy, the guests  visited  archaeological  sites  and  learned  more  about  the  history  of  Crete  and  the  roots  of Cretan cuisine which  is  considered  to  be  the  basis  of  the  Mediterranean  Diet. They  also  participated  actively  in  the  preparation  of  traditional  Cretan  dishes  and  took  part  in  a  traditional  festival  with dancing, in  the village of  Avdou, with  a lot of excitement and lively mood. The visitors experienced the Cretan hospitality and left having the best impressions about the island and the way of life of its inhabitants.

The  Exporters’  Association  of  Crete  preserved  perfect  collaboration  with  the  administration of the Hellenic Foreign Trade Board (HEPO), participated in this  year’s  Conference  KERASMA  with  a great number of Cretan enterprises  that promoted their traditional  Cretan  products boosting the institution  of  Cretan diet which is considered as the model of the Mediterranean diet. The participation of the Exporters’ Association of Crete was decisive and its administration achieved the faultless organization of the Conference and the best hospitality of the visitors on the island.

However, the action of the Exporters’ Association of Crete does not stop here. In  its  immediate  activities  within  the  year  2007  is  the  participation  and  the  co-organizing  of  the  biggest  International Exhibition in  the  field  of  Food  and  Beverage, the  ANUGA 2007  in  Colony where  the  Cretan enterprises, in a unified 400  square meters stand  entitled  “REGION  OF  CRETE”, will promote our  island’s  traditional  products with the financing of the Prefecture of Crete and the cooperation of  Exporters’ Association of Crete and the Chambers of Crete. Various events are scheduled during the conference aiming at boosting the presence of the Cretan enterprises. Moreover, the co-organization of a business delegation in the markets of Sweden and Denmark with HEPO, within the scopes of Measure 4.3  “Development of Exports” of the Ministry of Rural Development and Foods, with the participation of companies and Chambers, is another action that will help the exporters of Crete to open up to new markets.

The  total  of  actions  of  the Exporters’ Association of Crete  aims at  promoting  the  Cretan  products  and  strengthening  the  extroversion  of  the Cretan enterprises  along  with  the  projection  of  the  Cretan  culture, tradition  and  gastronomy.

The Exporters’ Association of Crete, a Legal Entity of Private Law– of non profit character, was founded in December 1994, by the initiative of the businessmen and exporters of Crete with the collaboration and support of the Region of Crete, the Hellenic Foreign Trade Board (HEPO), the Exporters’ Association of Northern Greece (S.E.V.E.) and the Chambers of Crete. Its action and work are acknowledged by all the authorities that are active in the sector of export trade. Today, 160 Cretan exporting businesses are its members, which are active in the sectors of Foods & Beverage, Industrial products, Agricultural products- Alteration and Popular Art.